The Kobold King is about 6 feet tall, has exceedingly thick wiry black hair, with rusty black skin, red glowering eyes, small white horns jutting from his forehead and six fingers on each hand! He wears heavy black robes of no extraordinary appearance, as well has a heavy black cloak with a hood.

Recently discovered by adventurers, the “Kobold King” (as he is called by some) is a vile and evil wizard of fiendish origin. The man is known to have a magical cloak that turns him into a bat, and also to be interested in “harvesting” things from the elven cleric Anyara of Celene.

The party defeated him, but were not able to capture or slay him. It has also been discovered that he has connection to an evil wizard named Falrinth. 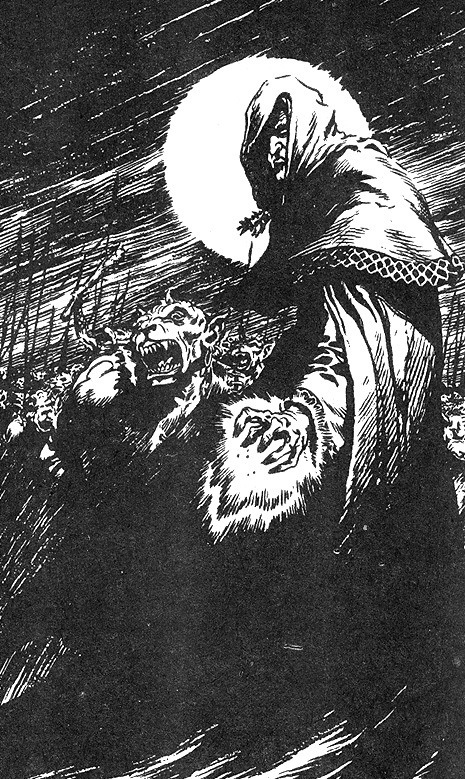